The most job growth was seen in professional and business services with 63,000 jobs added in November. In total, it has grown over 571,000 in the past year. Job growth in the financial activities sector changed little over the past month, indicating a steady labor market for the industry. 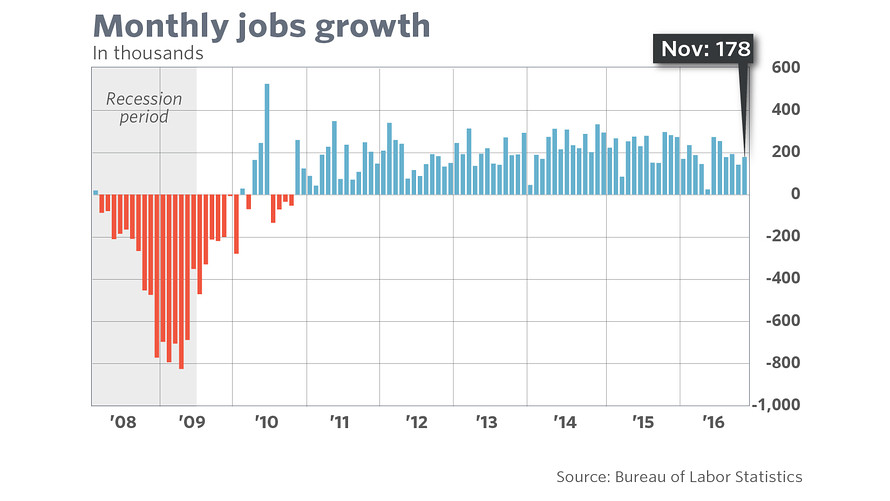 Questions as to whether the Fed will raise rates in December are still circling, though it is likely they will proceed with caution regardless of a rates hike. Check back in next month for the December jobs report breakdown.